Space Advocates Need To Know When To Shut Up!

NASA recently announced their Gateway station for beyond LEO exploration to the wider press.

This is not news to the space advocate community with articles going back to December of last year. Even so, now is the time when this concept will be received by the politicians as "new". Soon, they will be introduced to the Gateway as either being a part of their plan or something which challenges it.

Many space advocates have complained that the central element of NASA's beyond exploration plan - the Space Launch System - has no payloads, or costs so much that no payloads can possibly be developed to fly on it. The obvious exception to this has been the Orion crew capsule, which is simply seen as too expensive compared to commercial crew offerings. Congress could see the Gateway station as the answer to this criticism.

That would be a good thing - whether you like the Space Launch System or not. The reason is simple: there's nothing else. Up to now, the plan has consisted of flying an Orion capsule around the Moon and coming home. After that.... maybe going to some asteroid someday, no idea which one, or when, and then going to Mars somehow.... well, they haven't thought that far ahead.

The Gateway station, should it ever be built, provides a place to go, and perhaps more importantly - it provides a place to stay. This is exactly the kind of space architecture that many advocates have been talking about for years. Critics of the Space Launch System and even the former Constellation program have always said that NASA should be working on building in-space architecture like this from which to stage reusable lunar exploration. The Gateway is also ideal for launching missions to Mars.

Any space station needs supplies and with the success of the Commercial Orbital Transportation System for delivering cargo to the International Space Station, NASA will be looking to commercial providers for resupply services.

So why would politicians be against the Gateway station?

Primarily because it doesn't require a really big rocket like the Space Launch System. The individual components of the Gateway station are no bigger than the modules used on the International Space Station, which was built without the need for a "monster rocket". One plan for building Gateway involves assembly and checkout at the International Space Station with a slow boost up to the far side of the Moon using electric propulsion.

Now, please don't take this the wrong way, but it is exactly at this time that critics of the Space Launch System need to shut up about it. If Congress catches wind of the non-critical nature of their monster rocket in this plan, Gateway will be as welcome as a fart in a spacesuit.

Do you hear what I'm saying? 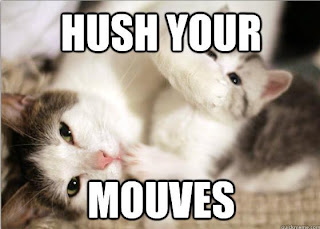