"I don't believe in the mining of stuff in space. The transportation costs are so horrendously high that I don't think there's anything… if there were packages of purified crack cocaine in orbit right now, I'm not sure it would be financially viable to go and retrieve them"

Which is ironic when you consider that it was at the unveiling of the Dragon that he made this famous quote. According to a recent presentation a Falcon 9/Dragon flight for robotic servicing would cost ~$80M. This includes launch vehicle, Dragon spacecraft, operations and recovery. It doesn't include the robotic arm, so let's include $5M for that. 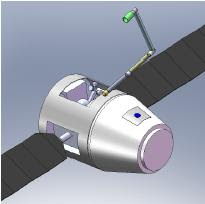 As such, in just 4 years SpaceX has managed to make the Space Crack market profitable.